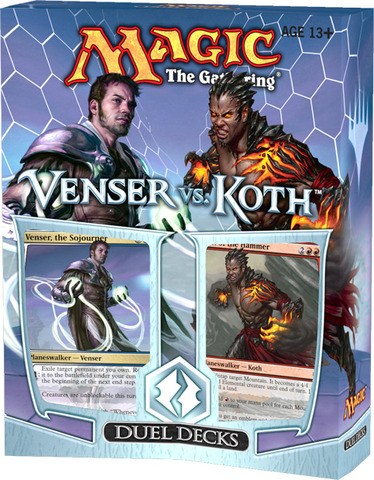 The Planeswalker Koth, from the metal plane of Mirrodin, sought help when his world darkened. He traveled to Dominaria to enlist allies and met fellow Planeswalker Venser.

When Venser recognized the threat to Koth's world was none other than Phyrexia, he knew that the only hope for Mirrodin was to find its maker. But that would mean forsaking its people in the meantime.

Koth would rather die than turn his back on his fellow Mirrans. But Venser all but knew they would die anyway if they failed to reach Karn, his former mentor and creator of Mirrodin.